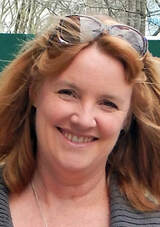 A strong advocate of new music promotion and music education through orchestral playing, Tanya Ratner holds a Masters of Music Studies (orchestral and choral conducting), a Bachelor of Music Education (string/classroom teaching) and a Bachelor of Music (violin/voice) from the University of Queensland, Australia. She has had additional conducting study with Larry Rachleff, Music Director at the Shepherd School of Music at Rice University. In 2000, Ratner (nee Simons) was awarded a Churchill Fellowship, which enabled her to study conducting and to research youth orchestra management in Austria, Canada, and the United States.

Prior to moving to the United States in 2003, Ratner was a conductor with the Queensland Youth Orchestra Council and worked at the Queensland Conservatorium of Music, Griffith University, where she taught undergraduate conducting and directed the young conservatorium orchestras. In 2004, she was appointed Assistant Professor of Music at Austin Peay State University, Clarksville, Tennessee, where she directed the University Orchestra and taught violin/viola. Ratner was also the founding Director of the Clarksville Youth Orchestra.